How to copy the data from cell to an other not the formula?

Nuance. When you open the file, the ThisComponent.CurrentController.ActiveSheet method is not yet available, so an error occurs. But this is the desired behavior, because in this case the last value is not duplicated. And in cell A1 you see the result :fail:

Amazing! But how do I use it? When changing number in A and B nothing happens. I try to look for macro under toles find nothing. Sould I past the macro somewhere?

The file contains already a ‘module1’ with all macros. And they are posted. I don’t understand what’s the matter. 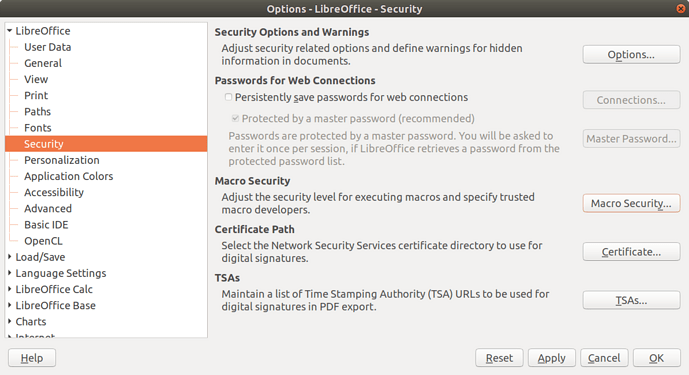 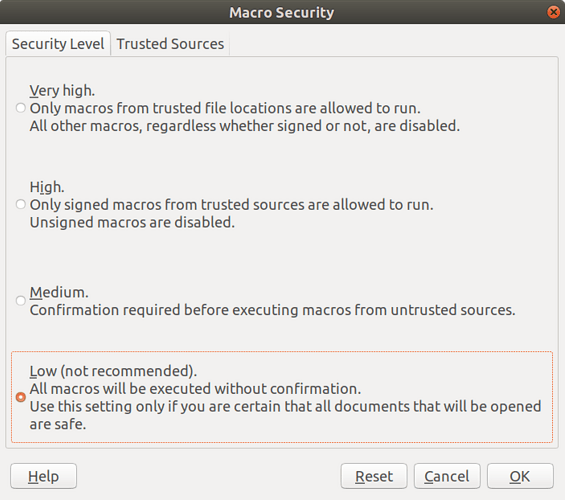 Edit: Of course I was wrong. In this mode, all macros are executed at all times.

After a a break from this project. I see now that it actually works! Thanks a lot. And hail the smart!

In principal this is exactly what I like to do. But not exactly.
In the sheet (macro) that would salve my problem and achieve a partial goal of mine (And enable me to move on and learn some programming).

Each of those individual cells would feed 5 other cells. I guise the cells that are “feed” could be compared to the cell now called “product”. But importantly there is no calculation (that’s done separately and works fine) her it just copying. And of course the five columns with the cell that would correspond the the cells now called product would fill up as it dose now!

And of course that’s what is the feat that this macro can do! And the alteration Im looking for is probably not more difficult than what the sheet can do now. As I suppose the fundamental problem is salved.

I looked at the macro and is completely incomprehensible to me.

line 4 to 12 is some what reasonable (although the cells the function refers to is empty) but after they I dont understand a thing.

Dose any one know how to sett up macro that do the specif thing I describe above? Importantly the 5 cells/columns that are being feed have to movable or at the very least be situated some where around line 4 and specifically in column B,C,D,E,I,J (leaving the A column blank). The cells feeding this 5 cells could preferably be a few line a abow possible in row 2.

There is an other issue and that is that the current macro cant deal with decimals.