I’m on Debian Linux and have a MariaDB 10.1 installed and I want to build LO.

The first step described here and further addressed here is:

But I get this error:

Investigating this I found these nuggets to ponder which are both installed:

So I don’t know. Perhaps I should just ignore this error and proceed… ???

Notwithstanding other Debian problems, I had one problem with sudo apt-get build-dep libreoffice - libxml2-dev was mangled. A simple re-install ( used Synaptic ) took care of the problem.

What you have to realize is every system is different when it comes to what is installed & what needs to be installed. I have successfully built LO on two different systems now - Mint18 & Xubuntu. Each had its own set of circumstances. There are many more hills to climb after this step.

Did you run sudo apt-get update before you started? This may also help.

Also, it is not a good idea to ignore problems at this stage. They will bite you later.

As every system is different, here is the basis for the build:

Time consumed (about 8 ½ hours) does not include the 3+ hours spent with Debian defficiencies needing correction to proceed or backups. (This time was interspersed in the overall process).

First (and only) error 94 minutes into compile. Segmentation fault. Have had this on other builds. Just restarted make. I believe this has to do with memory and other things running.
Actual compile ran for about 3 hours & 18 minutes using 100% of three of the cores with the fourth core running between 10-100% at times. Memory was running typically between 40-75% but high enough at times to use the swap file.

Once a good compile is achieved there are still many optional choices to make. One is an IDE. I use KDevelop but also have Eclipse which supposedly works with this. Currently use Eclipse for Java Base report creation/development.
This is the third complete build I’ve done (all on Ubuntu based systems) and the one with the least problems. I took notes on past problems and incorporated them here which may explain less problems. 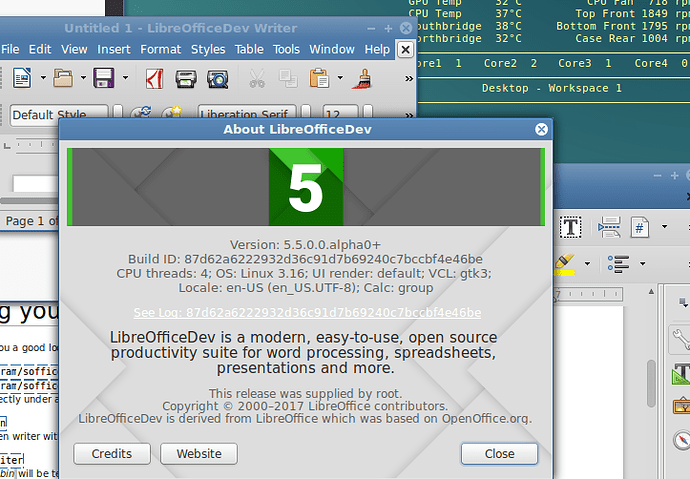 Thanks very much for all of this. You’ve given me quite a bit to chew on and it will take me a few days to grind through this. Your question about libmysqlclient-dev is indeed an interesting one. I’ll take a look into it and see who is dependent on it. Will get back to you about this when I get a little more time. Thanks again!

@Ratslinger, I tried a whole bunch of things but still can’t get past this issue. I think the problem occurs because I have MariaDB 10.1 installed via a Maria repository, while Jessie only supports 10.0. I wrote to MariaDB and they wrote back and thinks it’s bug, and put it on their bug list. So I can’t go back a version, and I can’t go forward with this. Debian is scheduled to be updated later this month, and after I do that upgrade I will try again. I’ll keep you posted. Thanks again.