Not sure where to post this, but anyway: when you write a post, you can type underscore and see it in italics in the preview, but when the message is posted, all you see is _underscore_. It’s not very important, but can it be fixed?

I confirm.
But if you format by selecting the word and clicking on the second icon, it works.
The same writing between * * 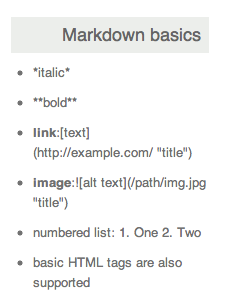 I know that set. However, when the preview shows text in underscores in italics, then the published post should do that as well. Text in asterisks is displayed in italics.

I (on Firefox / Win 10) cannot confirm the statements. I just tested and got the identical layout whether I entered control character manually or by using a iconised tool. This, e.g., was formatted after writing with the ‘B’ icon. Now I entered the two asterisks in front and behind from th ekeyboard. If (unlike in my former test) the result in the final post should be different from that in the preview, I will come back immediately and confess.

now Italic created by underscores and Bold by double underscores.
And again with asterisks: Italic Bold. Now a link: link with every character, except the URL itself, which was pasted aftercopying it from my browser’s URL bar, entered via the keyboard.
Over.

Confessing: @charlie.it was right. The underscores did for the preview but not for the final post. Obviously I was not patient enough in my former test to wait a few seconds. After quitting the editor the preview showed in place of the post, and the styles were unchanged. Afew seconds later the post was automatically reloaded, with the already stated result. Miau!