Futuristic feature: customize the menu bar as you see fit in LibreOffice

Futuristic feature: customize the menu bar as you see fit in LibreOffice

How to do this?

Is it possible for LibreOffice Writer to have an external api like flat icons to customize the menu bar icons? 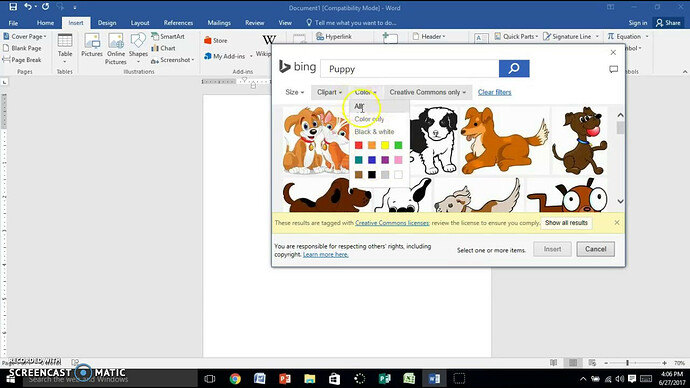 What type of configuration file would be important for this feature?

what am i thinking

Click Tools > Customise > Toolbars to customise. There is a Help button too. But, just like Word, you can’t customise the Ribbon interface very much. Choose another interface, View > User interface, and change what you like.

You can change the icon theme in Tools > Options > LibreOffice > View

Have you looked in the sidebar for clipart? Or Insert > Media > Gallery? There is openclipart.org for more clipart.

Most importantly, the Writer Guide is available for free download on the documentation page. Cheers, Al

It is an office suite. Most users set it up to work sufficiently for their needs because they want to do their work.
I wonder how many are interested in customising beyond what is absolutely necessary to get their work done? If they are the tools are there.
You seem to be getting close to spam…

I think you need to be on the developers site. You might find a link from here Development - The Document Foundation Wiki
This site is users helping users

Thank you very much for the information and comments. I hope to contribute a lot to LibreOffice. Some ideas I’m planning will be available soon:

Clipart is Insert > Media > Gallery or open the sidebar

The emphasis you put on the toolbar suggests you have not fully understood the preferred working method with LO in general and Writer in particular. Almost all LO components (specifically Writer, Calc, Impress and Draw) are based on styles. Styles allow for automation of formatting tasks and really ease document maintenance and editing.

With carefully crafted sets of styles, the need for toolbar buttons (disguised under icons) dwindles away.

The toolbar is absolute necessity in M$ Office suite because Microsoft has not developed the style concept beyond paragraph style in Word and probably not beyond very elementary definition in other applications. Therefore the toolbar is a requirement to allow the user to translate his needs. In LO, this is called direct formatting and as such is an obstacle to task automation (and also causes many adverse effects due to its precedence over other formatting devices – many questions here stem from abusive use of direct formatting).

Although I admit that changing icons may bring a nicer look, the net result may be distracting and achieve a result contrary to the ideal goal which is to promote styles.

I know that M$ Office, by its quasi monopolistic position, imposes its workflow and not-so-good ergonomics, that new users don’t read the manual and that routine is the mother of brain rigidity. But using a new tool needs a full reconsideration of one’s own habits and acceptance of a different workflow.

You didn’t mention your experience with LO (you just mention “a few years” without details on which component(s) you are familiar with). Suggesting such a UI change should be done only after a long enough usage period so that you can weigh the pros and cons in the light of the founding principles of the suite.

I am personally in favour of minimal toolbars, so that style usage is boosted, with maximum screen estate devoted to the document. Emphasis should be put on creative work (your job as an author), not on fancy UI (though this could be some appealing gear for newcomers).