How can I repair a corrupted .odt file?

I am in great distress since I have been working for one whole month in an .odt file - only text - and today, as I was opening the file as everyday, this message appeared :

“The file ‘Idées pour un plan.odt’ is corrupt and therefore cannot be opened. LibreOffice can try to repair the file.”

I then chose to repair it, but this message appeared :

“The file ‘Idées pour un plan.odt’ could not be repaired and therefore cannot be opened.”

The option of creating backups wasn’t activated in my LibreOffice. I have tried to rename the file as a zip, to insert the corrupted file in a blank file, and some other options, but I haven’t been able to repair it.
The only thing that seems to work is an online repairing tool which allows me to see a preview with some uncensored parts from the original 40 pages document.

The problem is that I can only download the full document if I purchase it. I really don’t have any money in my bank account and I would have to borrow some in order to pay to repair my file.
Before doing that, I was wondering if somebody could help me, if someone has another idea so I can repair my corrupted file without having to pay for it.

I attach my file to this post if this can be helpful.Idées pour un plan.odt

Thank you so much for reading this and, if you can, for helping me.

Sorry, no luck. The archive seems damaged, I can’t open it. Maybe someone will have an advanced tool to dig into the archive.

Thank you very much for trying, Hagar.

Your file is very badly corrupted. When I delete all the null characters at the front of the file I am left with a good ZIP container but content.xml is zero bytes long which means there is no user content in the file. 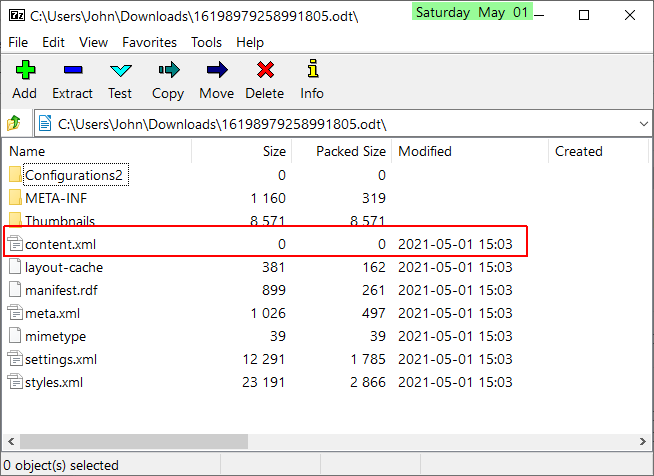 I tried repairing the file with 7-ZIP, PKZIP for Windows and WinRAR but none fixed it.

However, I think there is some user data in content.xml as the sum of the bytes reported for all files is less than the file length so something is not being reported. I think content.xml has been truncated so it is reported as being zero bytes long. Someone with extensive knowledge of ZIP file structure might be able to recover some data.

This appears to be the case as the site recovered quite a bit of your data. I downloaded the repair utility and it recovered lots of user data which suggests they are managing to unzip the truncated content.xml file. Check the recovered data - the last bits they recover are:

which suggests everything after that has been lost.

I would therefore suggest that, if using the tutorial does not get your file back, you purchase the repaired file from the site.

The preview you got was almost certainly the thumbnail image of the first page. Nothing can actually be read in it as it is only 181 x 256 pixels - the text is just a blur. 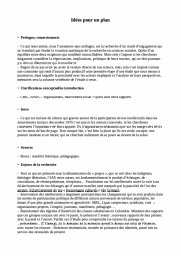 a) use Previous Versions (W7 and later) to recover previous versions of the file (is there something similar on MacOS and Linux?);

c) find previous versions of the file in the folder it is located in, but which have since been deleted;

d) find any temporary files AOO wrote while you were editing the file but which have not yet been deleted;

e) un-delete the temporary files AOO wrote while you were editing the file, and then deleted. d) and e) will recover your file as it was when you last opened or you last saved it.

If you cannot follow the instructions ask someone with more PC skills to help you. Act quickly - the longer you wait the more likely any temporary files are to be deleted.

Thank you very much for your answer. Actually the preview is a .odt document of 15 pages that in which I can see some paragraphs of the file I am trying to repair. Here is the link of the online tool I am talking about : https://online.officerecovery.com/writer

I will try to find previous files and search within the temporary files if I can find anything.

Thank you very much for helping me John !!

I wonder if there is a difference if I attached a copy of my original document and not the document itself. I did that because I fear that if I try to do things with the original archive I will be damaging it even more. From the moment I understood my file was corrupted, I created a copy, and I have been doing all the attempts to repair the file with its copy and not with the file itself. Do you think I should try to attach the original file ?

Thank you again, John. I am sorry to bother you again for not having made this clear before but I really can’t think properly at the moment.

See edit to my answer above.

“I created a copy, and I have been doing all the attempts to repair the file with its copy and not with the file itself.”

I wish everyone was that sensible. The copy will be identical to the original so no point in uploading the original.

I downloaded the repair utility and it recovered lots of user data which suggests they are managing to unzip the truncated content.xml file. Check the recovered data - the last bits they recover are:

which suggests everything after that has been lost.

I would therefore suggest that, if using the tutorial does not get your file back, you purchase the repaired file from the sit

Hi again, John !
I am working on a Mac so there are some instructions I can’t follow with my computer. However, I tried today to recover previous versions of the file in vain. I looked also if there were any temporal files, but everything has gone.
Not knowing what else to do, I asked a friend to purchase the full document proposed by https://online.officerecovery.com/writer , which costed him 39 dollars.
This online recovering tool managed to recover 14 pages of my file, which is less than a half of the original document that got corrupted.
I am now trying to download some ZIP repairing softwares for Mac. Thus I will be sure I have done everything there is to do to recover the full 40 pages document I had yesterday.

I am profoundly grateful for your attention, all the answers and all the willingness to help me solve this difficult and ridiculous problem, John. I hope you will always have people to help you as you have helped me.