How to run an extension?

ExtensionManager tells me that CadLO is already installed —CadLOInstld_.png. OK.
Now, how to open it? Only 5 extensions are listed —with a ‘Slider’ along the right edge which apparently invites me to see more. But there is a problem: in the ‘normal’ window (without pop-up; xtnList_.png), there is NoSlider, and no access to other items, if any. 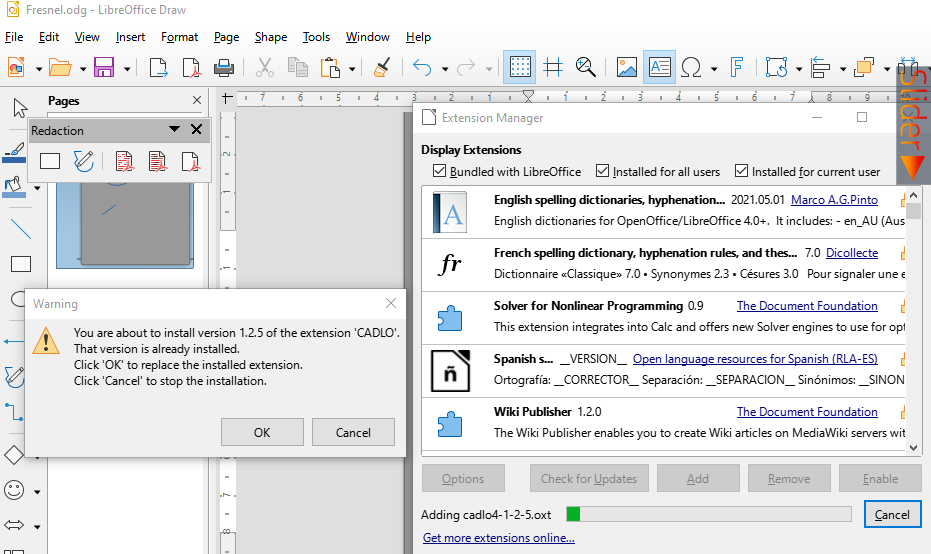 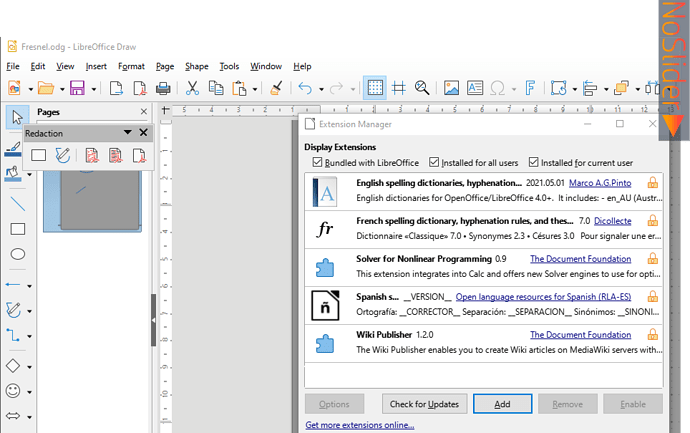 Did you restart (completely) LibreOffice after installing the extension?

Description from the Webpage! CADLO » Extensions

Such as, the Draw module of LibreOffice / OpenOffice.org makes it possible to make technical drawing. CADLO adds some functions that one can find in other CAD. For example: * a wider set of anchor with the graphic entities (ends, intersection, middle, perpendicular, tangent) ; * input of absolute or relative coordinates Cartesian or polar ; * input of the radius, diameters or lengths ; * an axonometric mode to restrain direction on 15° multiples ; * to draw a circle passing by three points ; * to dimension a radius, a diameter, an angle, horizontaly or verticaly. Note: drawing line, circle, arc, ellipse, arc of ellipse, polygon already exist but they were rewritten to benefit from the modes above without replacing the originals. This Addon was written in python with use of the module pyuno. The name “CADOO.o” that was proposed by Patrick GIMBERTEAU whom I thank, became CADLO. It functions as an extension , which adds an entry of menu entitled “CADLO”.

If you download an extension you can find some information, e.g. this link.

I was able to find it.

It will help —if I can find the instructions for use.

So you found the additional CADLO - Menu as shown on their Website?