Is moderation entirely left to peers with sufficient karma? Should it be?

Hi all. I have been here for only 11 days, if we ignore the posts I made back in the day when ask.LO was on the old server. So in terms of karma points I count as a noob here, which is fair enough when I have been away for four years.

I came here not so much to ask a question as to provide a partial answer to it.

My first post on the current system was made on Christmas day, and the very first response misunderstood my purpose for posting. That contributor overlooked some of the information I had already given, and ten days later is still doing overlooking that despite my repeated attempts to clarify and to point back to my original post.

They have now followed me to another thread, and what has triggered me to post now about moderation is that while commenting on another person’s suggestion has included the direct untruth that I think X, when X is clearly contradicted by something I wrote on my second post here nine or ten days earlier.

to be misunderstood is part of life; to have to walk away from a thread because of an ongoing misunderstanding is painful but again, on the net, a sad part of life.

Yesterday I was met with the same misunderstanding in a new question: that same contributor has chosen to name me as thinking something that I don’t, and in direct contradiction to what I had said in my first two posts in the first thread.

That is the point where I looked for a moderation button and (unless I have missed it) there isn’t one. To put it bluntly, if I am going to be followed round on this site by someone who persists in a mistaken belief about me AND propagates that view of me around the site, then I wonder if I want to stay here.

I did a search for the word “moderation” under the English category: the latest I could find was from 2020, here. I hope it is acceptable to post something similar after a gap of more than two years and after a change in server and UI.

For me: my main impression on reading that older thread is to feel solidarity with the user who posted it, and I suggest it is significant that @mrjjacobs does not seem to have posted since the migration. You may like to reflect on why they did not feel inspired to follow you guys onto the new server.

I have found a pm exchange with a long-standing member of this site helpful in dealing with this situation. It seems their behaviour is accepted because when not on their hobby horse they do have something to offer

(which they do – despite the misunderstandings they have also managed to squeeze in some useful info between their attitude to the knowledge that I already brought with me, and their persisting in denying that I know those things, and their need to constantly re-explain stuff I have shown I already know which after a few times feels insulting)

But referring back to a misunderstanding in thread X when responding in thread Y should, in my opinion, be something that even the most brilliant contributor can be warned about, and after repeated warnings banned for a time, and if after their return they still do the same thing then banned permanently.

The reason that, I suggest, bringing conflict from one thread to another should be regarded as the most serious banning matter is that that behaviour makes it impossible for a user to walk away without leaving the site completely.

You seem to have lost @mrjjacobs – I wonder how many others you have lost who collectively might have had more to offer than one knowledgeable person who lacks the ability to understand the effect they are having on thier peers?

I have been given advice on how to mute a user. This is not a complete solution because now they have shown they are willing to undermine me by name on a second thread, I feel uncomfortable thinking that they might diss me on any new thread I start. That leaves me with the choice between muting them (allowing them to diss me without my having the ability to reply) or on the other hand not to mute them (opening the door to ongoing conflict whenever that person chooses to re-open the past).

Language: diss is short for disrespect, and is used colloquially to include insulting, dismissive, or disdainful behaviour.

Talking to people in the real world about why they do not use free software or Linux the most common response is that it is “too hard to use”, and on digging deeper the next objection is precisely this kind of dismissive attitude to newcomers. The impression that LO and Linux are only for hyper-geeks is unwittingly strengthened by this sort of behaviour, and especially so on a forum with “ask” in its name, which is likely to attract newcomers when it comes up in a Google search.

I do not want to name the person in this thread, nor the person who reached out to me by pm. Feel free to comment here if you can do so keeping identities out of it, or to pm me if you have comments to make of the kind that need names to be mentioned.

Whether you agree with me or not, I make this post in the spirit of trying to improve ask.LO, and I hope it is received in that way. I am here, as you are, and as the dismissive person no doubt intends, to try to make using LO easier for newcomers.

Possibly this is better moved from “English” to the Site Feedback?

See also: Do we need downvoting for L3+?

@mikekaganski @ajlittoz Good advice about where this question belongs: thanks it is now done

Strictly speaking, this site is not managed nor moderated.

Technical management/configuration can be improved by posting on the Site Feedback leg where you can contact TDF executives in charge of infrastructure.

“Moderation” is a personal initiative of contributors with sufficient privileges. There is no officially defined role for moderation and as far as I know, since the change of site engine, very few contributors have really edited question or answer contents. Most “moderation actions” are retagging questions.

There is a command Add Staff Notice to request moderation action but this goes through TDF. Even highest-privileged contributors can’t directly censor posts.

The “negative” actions are rather limited compared to the former engine. This is perhaps a consequence of the Discourse configuration: the site doesn’t make clear enough the difference between a forum and a Question&Answers which it tries to promote. Although I reached the highest level, I can’t delete others’ posts, nor move them from answer to comment or vice versa.

Last, anybody can comment on any post. You may call it it a form of “moderation”, probably contributing to “semantic noise”. But even if it is off-topic, only the author can withdraw the post. The former site was frequently the target of spam campaigns. There was a possibility to mark the post as such and it was deleted provided a few users confirmed the “status”. There is no such feature now. Hopefully, there are fewer span campaigns.

@ajlittoz Please say more about the Add Staff Notice command. When I search all topics for that string the only hit is back to your post. Perhaps you could add a link to a suitable page, if search missed it.

There is always the possibility to flag a post with a reason why it is flag (spam, out of topic, etc.) Then I get the post in moderation and I can delete it or hide it and/or notify the author or even ban them. So there is a moderation but I can’t read all the posts in all languages so the first step is to flag the post with a clear explanation for me to take action.

As @sophi said, you can flag via the three dots below any comment/answer.

I do not see three dots beneath other peoples posts. My initial impression is that I only get them beneath my own posts, and then the only action they add is delete. That means I cannot even self flag (which is a useful action in some circumstances, at least I have found it so elsewhere)

Below your post, for example, I have a row of buttons just under the right bottom corner of your respective posts: they produce tooltips as follows: Solution, Like, Link, Bookmark, and Reply.

Is this because the site regards me as being a noob and therefore (sensibly) does not yet trust me enough to flag things sensibly? Just a guess from experiences elsewhere on the web which might be totally unfair here.

Or (another wild guess) does the extra command to flag a post only appear under some kinds of post (eg only under answers, or only under questions, or something similar. I can’t seem to detect any pattern to it.

It depends on the Trust Level you have. For this site, you need TL 4 to be able to flag other topics, we have changed it to avoid the situation where some new contributors flagged topics by error.
To have an overview of what is possible with different TL, see this table: 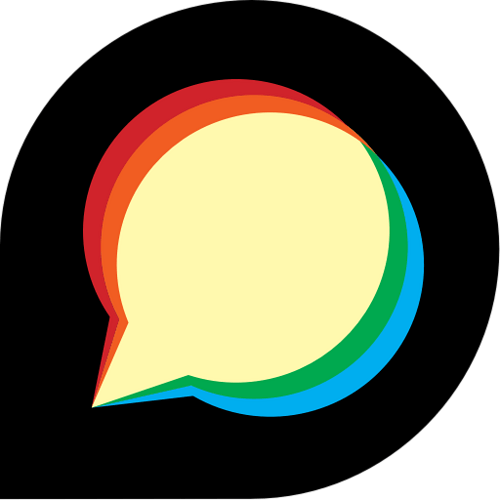 This aims to be a comprehensive list of Discourse features, marked by Trust Level, and including the relevant admin settings which influence them. If you spot something that’s missing or incorrect please leave a comment below. 🙂 👍 Trust Level Grid...

however, keep in mind that we have modified some settings to adapt the site to our needs.

Once or twice, I removed the content of an offensive post, just by replacing the text twice, so it is not visible in the first last edited window.

That matches my observations. For example I have noticed since my previous post that I do have a flag button below private message.

If having the feature enabled in the past for newcomers (and returners from the old server) has caused you problems, then of course you are right to make it dependent on trust.

I would qualify that support by adding that it is also important to balance experience of past problems against the loss of feedback from newcomers who have a genuine reason for wanting moderator comment. It has to remain a tradeoff, and tradeoffs are always unfair especially at the boundaries. I assume you already understand that but wanted to make that explicit.

Thanks, that is very helpful.

If I understand that table correctly, TL4 is where a flag makes the flagged post instantly disappear, but flags will be possible at TL1 and then would leave the post visible but alert the moderators in the background without the flag being generally visible.

Unless you advise on some other name for it, I will call the milder version of flagging “covert flagging”. I think your decision makers may have overlooked the strangths it can offer (with all good intentions, of course)

If that is basically correct then how far have I already got towards TL1? Does activity on the wiki and on gerrit count across all those sites, or is each component of the documentation keeping separate trust scores?

How can I see my current progress towards the next TL at any time?