I have only just installed Libre Office and have run the presentation app I think only. Today several days later it just won’t runnup.

Whilst trying to repair the application installation I notice it asks me to close down Firefox and Discord. I am not sure what shared components that they are likely to be needing to update but that doesn’t seem right to me… 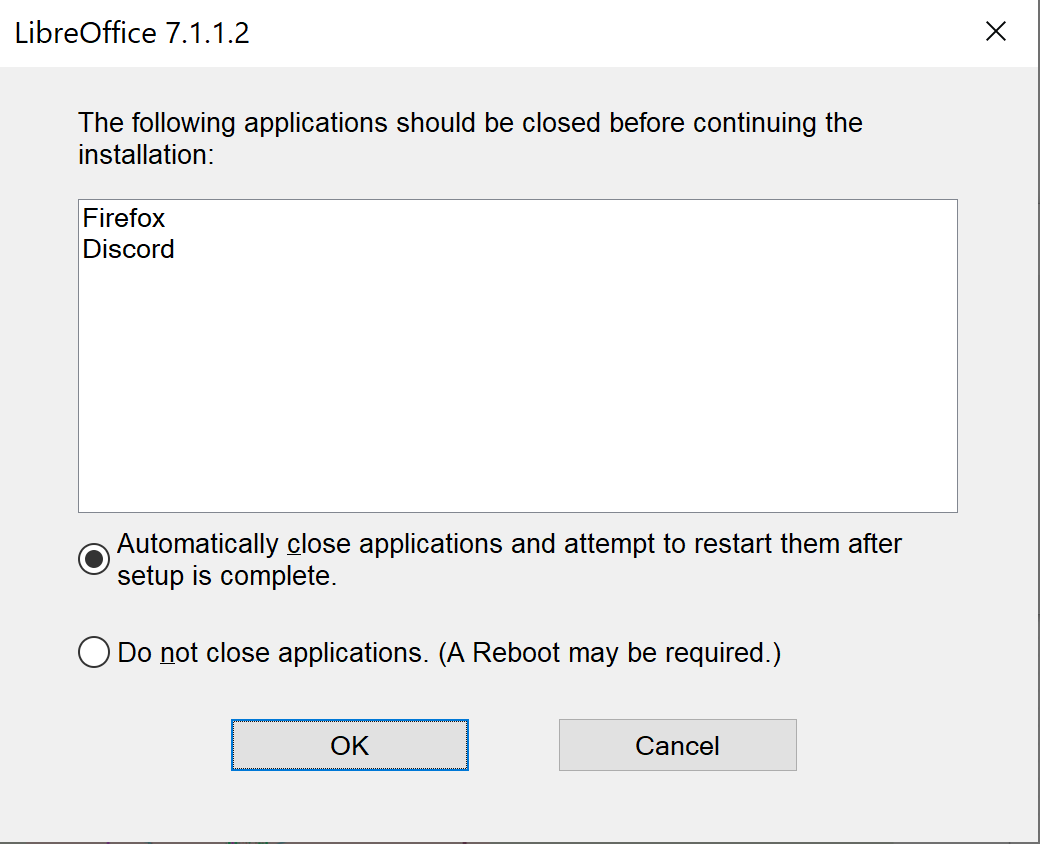 Anyway I see a lot of google results for similar queries I expect some investigation in to the intaller might be needed…
… Faulting module error seems to occur on runnup:

Did a Repair from ‘Programs and Features’

Same as LibreOffice 6.2.8.2 crashes in cppu.dll on opening - #2 by amoluf
but would like to know the answer why this file needed a repair…

In Windows the default for Shut Down is to hibernate. To reboot you need to press Start Menu > Restart

If you have been getting "Exception code: 0xc0000005’’ on several occasions you should probably run through some checks for system file corruption & memory.

I would normally recommend people use the stable version rather than the fresh version of LibreOffice but I don’t think that is relevant in this case.

The fix for missing cppu3. Dll error is an msi repair but this doesn’t answer the questions in my comment above.

The fix for missing cppu3

This is a wrong assumption. The reported error:

tells that cppu3.dll indeed existed (with known version and timestamp), and there was an unhandled system exception when executing come code from it. There’s nothing there in the question that would allow anyone to tell what could be the problem, and unlikely that one could gather such information, unless there’s a reproducible scenario to reproduce (which is also unlikely, and I agree with @EarnestAl that first thing to check is a system corruption / hardware malfunction).