menus extending out of view upwards

I just upgraded to the current version of LibreOffice (6.2), and now all apps’ menus (with the exception of the Styles, Window, and Help menus for some reason) are extending up out of the field of view and usability. I am not finding any other complaints of this problem with the searching I’ve done. This is a linux version FYI. 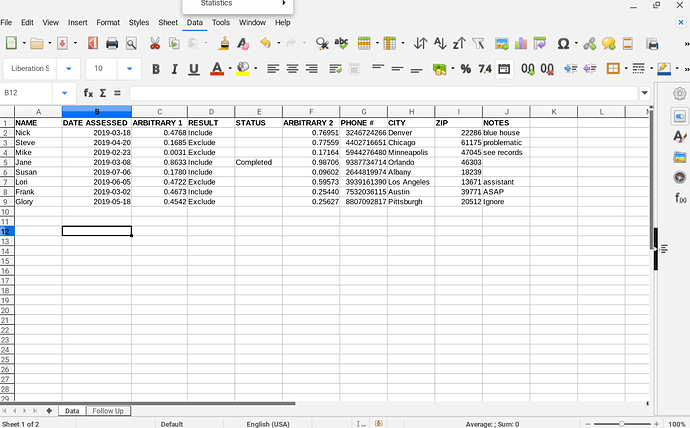 I’m happy to reinstall if that is the fix, but in case there’s something else, I thought I’d ask.

This question was asked by another user on the French leg of this site here. It looks like it is a compatibility issue with Chrome OS Is this your OS? Which exact LO version? This problem appeared for the user after updating to LO 6.2.5.

It was 6.2.6.2. I tried reinstalling that but found the same problem. I assumed it was a compatibility problem with my OS (which is Crostini, which runs in parallel with ChromeOS; this is the Chromebook method for getting Linux onto Chromebooks, which is still in Beta).

I read some other threads that other Crostini users are having various problems when trying to use the current version of LibreOffice, and instead they suggest using whatever it sends you through the command apt-get install libreoffice. I just re-did this and it sent me back to version 5.2.7.2.

Unfortunately the reason I tried to upgrade in the first place was because for some reason this version won’t let me paste formulas or formatting in Calc, only plain text. So now it looks like I have to choose between two basically fatal errors. Unless anyone else has any thoughts???