Several years ago, I found a neat way (within LibreOffice Writer) to create a “window-frame” for multiple pictures. There were various configurations (such as large “pane” on top, two smaller “panes” on the bottom). It’s probably still there, somewhere, but I can’t find it. Anybody have an idea?

Chapter 2 – I just opened one of the old Writer docs on which I did what I describe above…it appears that I “grouped” the photos, though I still can’t figure out how I did it. I’ll continue to work on learning how to select and group photos, but I’m still fairly sure I once saw an technique where you could select from various preset window-frame options (they appeared on the right-hand side of the window, as I recall).

Heck, I may have been using a different software package to frame the pictures, and then moved them into a Writer document. I wish I could be more specific…old age may be eating my memory.

You can use frames or tables or shapes.

You can find examples of tables and forms here: 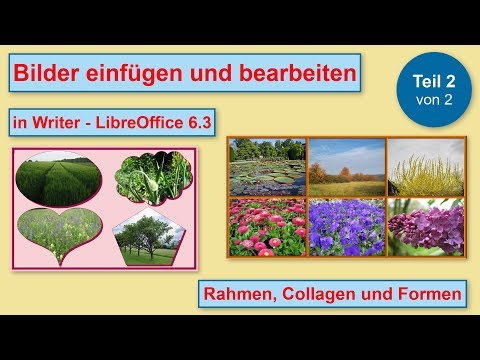 sadly only in German. But you can see what it’s about.

Thank you for your answer…I didn’t see it before I’d found a work-around. I’ll check it out after I finish my project. Again, thanks.

I didn’t find exactly what I was looking for (ready-made multi-pane window frames), but I did figure out how to use LibreOffice Draw to collect a bunch of photos, “corral” them into groups, position the groups where I want them, and then create one monster group of ALL the pictures…which I can then copy into my Writer document. Hey, it works.