I’ve encountered an odd bug. Randomly while using the application an odd gray scale geometric pattern will appear somewhere on the display, see screen shot for an example [Note the red box is just to obscure identifying details]. I have encountered the pattern both within Writer and Calc. It is also not restricted to the text portion of the screen and has previously appeared in the menu section. I don’t believe it is a problem with my graphics card for a number of reasons, first it is captured in a native screenshot (tried a number of different applications), second it moves along with scrolling in the document (it generally disappears once interacted with either by scrolling it out of view or interacting with it by highlighting, typing etc), third I haven’t witnessed the same behavior in any other application. It hasn’t caused any serious problems so far and is only a minor annoyance.I’m just trying to pin down if this is a know bug or a local problem with my machine and if there’s a solution. 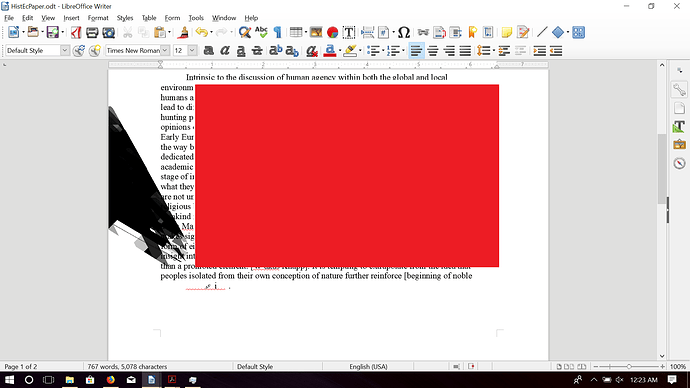