I found no workaround to this annoying problem.
If I maximize the libreoffice window it believes that the window size is smaller and paints the menu and everything else lower than it is supposed to be. 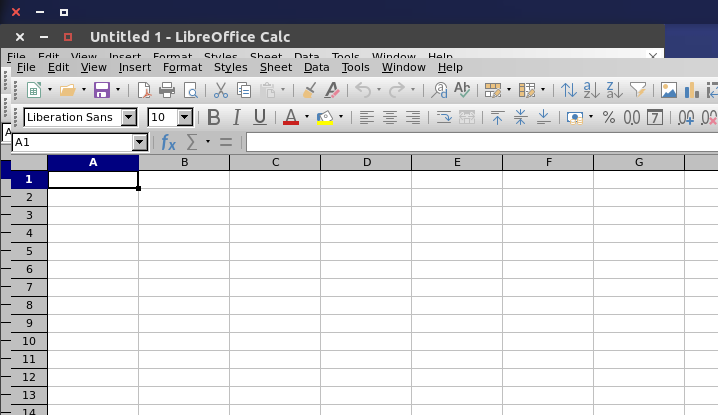 After repeating it several times it gets worse. This is what I see after six maximize and restore steps: 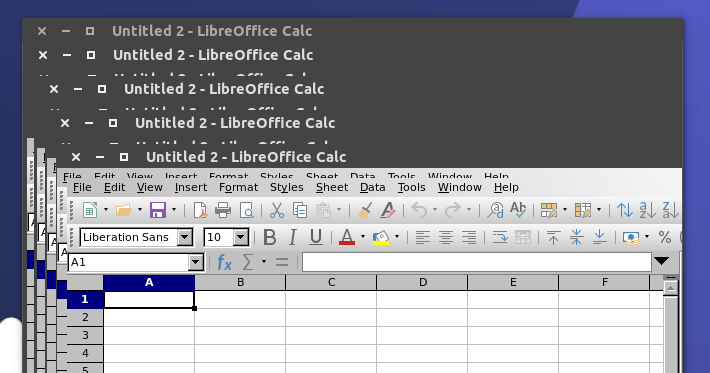 After the window gets in this state I have found no way to fix it. Only closing it and reopening the file fixes this.

I’m using Ubuntu 20.04 with Unity. Libreoffice 6.4.2.2 from the repo.
On the same machine using Gnome everything works fine, but I can’t stand Gnome.

Have anyone experienced this? Any suggestion how to fix this?

Update: this works (window maximize bug in ubuntu 16.10)
Unchecking the “Switch between minimized windows” and minimizing it and restoring did get me back the well painted window, but it would be better if it would not to wrong at all.

Thank you very much! This package did solve the problem. I had libreoffice-gtk2 installed, probably because this system is an upgrade from 18.04.