In Calc, is there a way to dynamically fill a cell with a color based on a hex code/RGB values/LO color code in an adjacent cell?

I’m trying to create a table of skin colors based on an art project, as part of a workbook meant to randomly generate NPCs for tabletop roleplaying games. I’m hoping there’s some way to take either the hex code, RGB values, or LO color code (the value returned by COLOR[Rvalue,Gvalue,Bvalue,Alpha]) and automatically fill an adjacent cell with that color – I have 200 hex codes in my table, which is a lot to do by hand. I’m familiar with formulas and conditional formatting, but I haven’t been able to figure this one out.

Any help would be much appreciated!

This is not difficult to implement - just create 200 cell styles and use the STYLE() function. Of course, I do not propose to do it manually - this is a boring job, not for an artist. The macro for creating all these styles is not complicated, I am ready to write and show it. But you must help me. Please edit your question and attach a file with samples of color codes that you are going to use. Even creating a test set of such values ​​is boring.

What do you mean by “LO color code”?

You may also play with this attached spreadsheet document (rectified version). It demonstrates ways by direct formatting based on code. You can get an example cell for any RGB value by simply entering it into a cell set to the appropriate named CellStyle.
There is an additional demo using a function. Due to restrictions concerning the side-effects of user functions it can only be called from one sheet with the effect in another sheet.

===Edit1 2018-12-30 12:57 CET===
By accident I fortunately noticed that I had attached a not fully functional version of the demonstrating document. I replaced it with the correct version now.
In addition I now attach this extremely reduced demo to emphasise the principles of the solution using a SheetEvent. The SheetEvent ‘Content changed’ passes a parameter to the handler which is not specified to be of a specific type. It can be a single SheetCell, a single SheetCellRange or a collection of SheetCellRanges (3 different services to use!). A complete handler for the event should therefore contain proceedings for all the probable cases.

Well, you can try this macro:

Put the formula in the cell and get the result:

This is spreadsheet with demo of this macro - Skin colors.ods 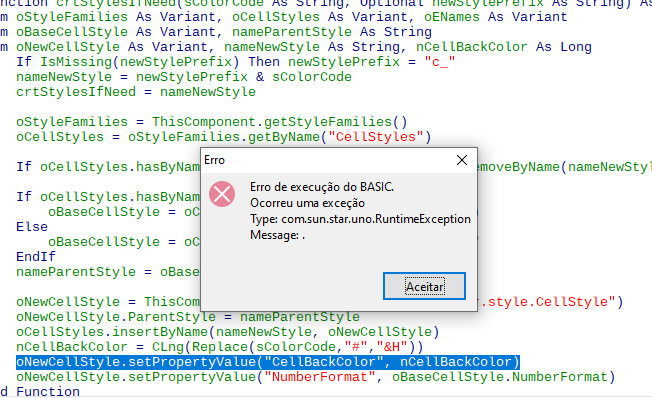 Any idea about the error above?

Strange error. How do you call this function?

what is more strange is that i test this function in one workbook and it runs perfectly.

now i’m trying to apply it on a different workbook and this error appears. the style is applied however the cell doesn’t change

Really weird. What value do you have in cell B2? Try to stop the program at the line that is causing the error using a breakpoint and see with F7 the value of nCellBackColor to see if it matches the color code in B2.

Please edit your “answer” and attach your problem file - I can’t understand the source of the problem from the verbal description. Also, provide your Operating System and Office version.

This helps keeps the site usable for everyone.
Thanks.

@pauloams95 Thanks for the sample file. I will try to understand the reason for the error. Please be patient - this will take some time.

Sorry, but I couldn’t find the reason for the error. A little hint was given by the presence of these styles in the file 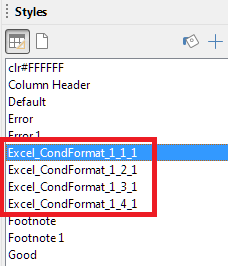 There is a myth that Microsoft is so good at hiding sources of errors that even Microsoft cannot find them. And judging by the presence of these styles, the spreadsheet has been in Excel’s clutches.

Therefore, the simplest workaround was to create a new Calc document and transfer data (without formats) and macros to it.
ral to rgb test edited not excel.ods

No problem, thank you for your time.
Probably I will have to transfer the data.

Sadly i found that this solution has one major drawback:

When a macro is called as a Calc
function, the macro cannot modify any
value in the sheet from which the
macro was called.

So to use this function, it has to be placed aka. called from a differnt sheet as from the one where you want to change the colors of the cells. If you do that, this works quite nicely.

Sheet2 where the function is called: 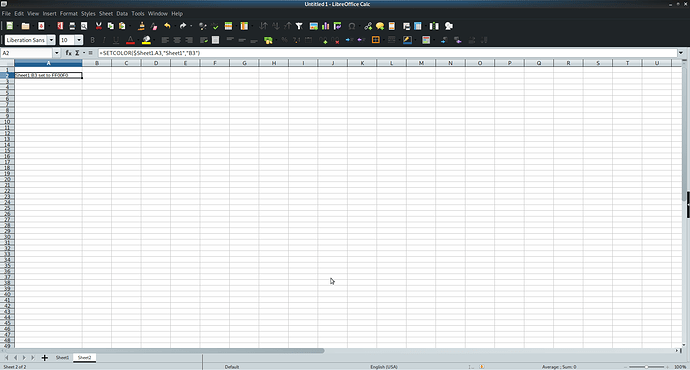 Sheet1 where BG color is set: 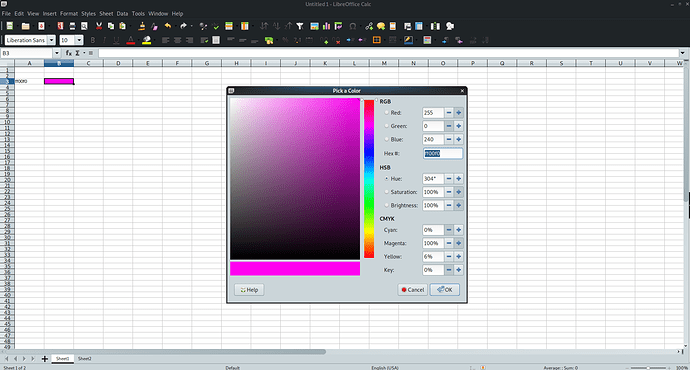 Maybe it still helps someone.