After steady months of rising in my karma graph, i am now facing a steep and backwards decline in my karma dots ( see Graph ). 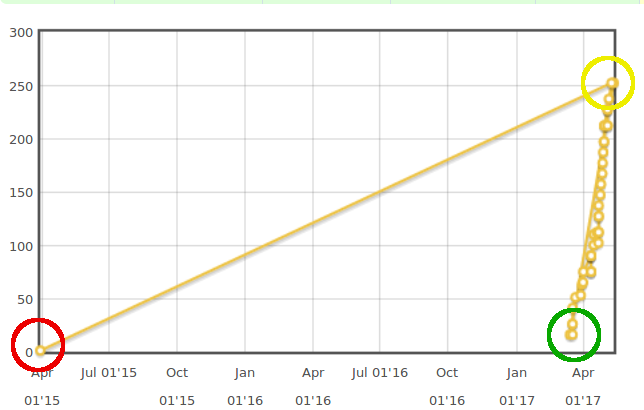 On a serious note, i think the above graph shows a clue as to what might cause the malconnection of the karma dots.

Based on these findings i would recommend the following measures to fix in the Karma Graph generator code:

NB. a similar issue can be seen in charlie.it’s Karma Graph here, and there are some more malconnected karma dots there…

Where is the source code that generates the Karma Graph located?
Thanks in advance, lib

Besides that the Karma change log is all screwed up. Both these happened many weeks ago when they fixed the year on the bottom of graph (was always 00). Problem (from past experience) one thing gets fixed another broken. You can report on Redmine. Good luck, cause last one I did took weeks and it concerned notifications & emails not going out to anyone.

No action yet though bug was forwarded to admins.

Not an answer, but more food for thought…

From my chart it looks like the underlying data is from time to time dropping the date and replacing it with first seen date. 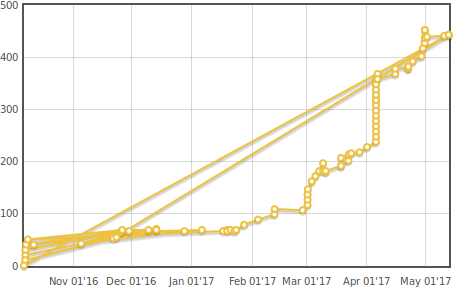 I noticed this problem recently but I have just checked and mine is now fixed. 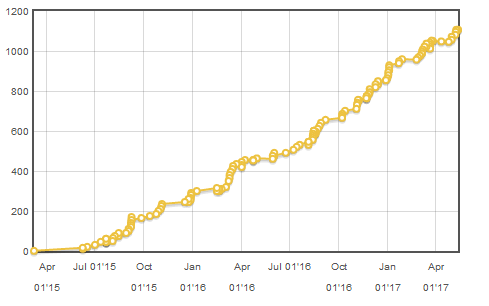 Also @Ratslinger and @ajlittoz fixed but not for @EasyTrieve and @librebel. Strange that some are fixed - perhaps they are having to be fixed individually.

Not true for me. The chart has looked that way for me since the date change but the change log is a mess. It only shows a couple of entries for this year.

The graph may look correct but change log is not. Many entries are missing.

The change log seem to only contain 100 first (oldest) entries instead of all or 100 last (latest, as used to be).

I was commenting oh the posting by @librebel on the Graph which for me is fixed. I agree the log is still wrong.

Update 2017-07-06: Following this announcement by @charlie.it, i can hereby confirm that the Karma Graph has been fixed. Grazie a tutti! 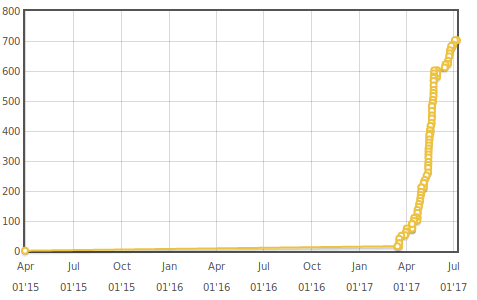